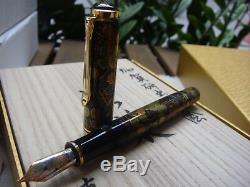 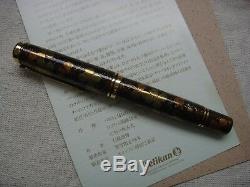 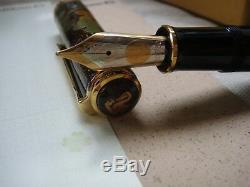 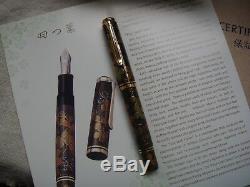 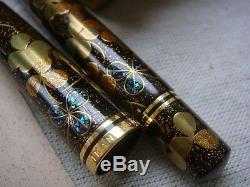 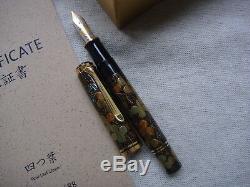 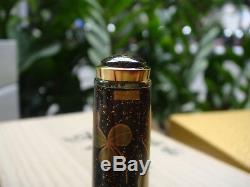 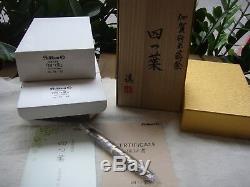 And maki-e art by Japan. The four-leaf clover is one of the most famous good luck charms.

According to an ancient European legend, anyone finding a four-leaf clover will also find happiness since, being very rare, it is considered to be a powerful talisman. In a famous story, the life of Napoleon Bonaparte was saved when, on the field of battle, he stopped to pluck a four-leaf clover, and successfully dodged a bullet. Each individual leaf of the four-leaf clover has a specific meaning: fame, wealth, faithful love, and glorious health and, combined, are believed to bring good luck.

Additionally, the four parts of the clover indicate hope, happiness, heart and health as well as the compass points - east, west, south and north - with the four guardian spirits of direction unified into one central point. There is a million-to-one chance of finding a five-leaf clover - the individual parts of which are thought to bring love, wealth, health, luck and success, as well as prosperity and fortune. Pelikans Maki-e fountain pen Four-Leaf Clover depicts one five-leaf clover and six four-leaf clovers together with many three-leaf clovers and employs mother-of-pearl and cut-gold work amongst other techniques, to vividly recreate this good luck charm. Maki-e is the art of Japanese lacquer painting and is renowned for its beauty and artistry.

The word Maki-e literally translates as sprinkled picture because the design is sprinkled with gold or silver powder. For the process, the rare Japanese lacquer Urushi is used in a multitude of layers which are polished many times. The design is drawn with colored lacquer onto the surface.

It is then sprinkled with a multitude of lacquer-layers. This is called the Togidashi-Maki-e technique, and it was used for the Pelikan fountain pen model Four Leaf Clover. This fountain pen was made in the historical Japanese region Kaga, which is famous for traditional Japanese arts. In 1929, Pelikan registered the patent for the piston mechanism, a new fountain pen filling system.

This technique, refined and updated, is still used today. The Pelikan model Four Leaf Clover is a masterpiece with a finely-chased 18 carat gold nib accentuated with a rhodium décor. The Pelikan logo on the crown, limited edition number and artists signature are drawn in by hand with the Maki-e technique. With the honed experience of decades and excellent craftsmanship, the impressive fountain pen model Souveraen 1000 is produced in Germany and then decorated in Japan, thus creating a perfectly crafted product that is more than the sum of each part... A little bit of magic has slipped into it.. The fountain pen is encased in a traditional Japanese gift box which is made of Paulownia wood. The Four-Leaf Clover has been released in the year 2011 in a worldwide limited edition of only 88 pieces. Only pictures can fully describe the item itself.

Text description mostly not reliable. In order to present 100% accuracy of each item.

We take pictures of every item individually. Instead of using same set of pictures for different individual items. The item "Pelikan Limited Edition M1000 Maki-e Four-Leaf Clover Fountain Pen M nib" is in sale since Saturday, February 24, 2018. This item is in the category "Collectibles\Pens & Writing Instruments\Pens\Fountain Pens\Pelikan".

The seller is "trullihsu" and is located in Taipei . This item can be shipped worldwide.