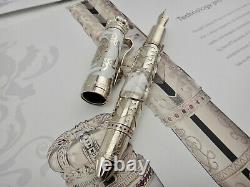 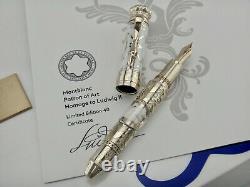 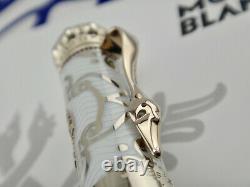 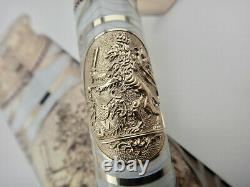 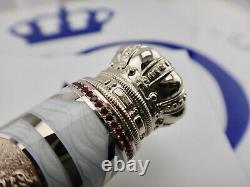 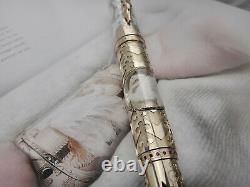 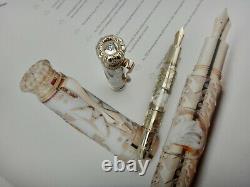 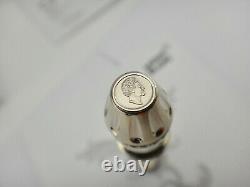 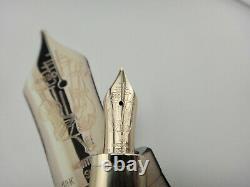 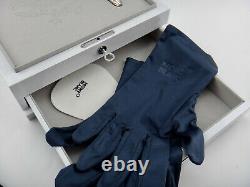 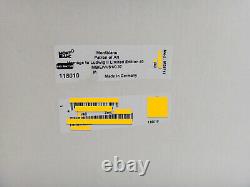 Zeit die schauderhafte Zeit, in der wir leben, vergessen kann. It is essential to create paradises, poetic refuges, where one can forget the dreadful times in which we live. King Ludwig II of Bavaria. Created in the Montblanc Artisan Atelier from the finest materials and shaped by highly skilled master craftsmen with the utmost care and absolute dedication, the Patron of Art Homage to Ludwig II Limited Edition 40 embodies the same pasionate spirit for fine art as its namesake. From the miniature feather work by Emilie Moutard Martin (master of plumasserie), the artistically hand-engraved solid gold inlay to the Au 750 solid gold nib, skillfully engraved with a model of the peacock carriage recalling King Ludwigs dream of flight, every detail is a masterful tribute to this great patron of art.

Ludwig II : Monarch, Fairy-Tale King and patron of the arts. In a letter to his former governess, King Ludwig II of Bavaria (1845 1886), known to feel passionately. About art and music, wrote I want to remain an eternal mystery to myself and others. And people continue to be fascinated by the enigmatic figure. His call to duty came at the age of 18 when he held the destiny of a kingdom in his young hands.

A proponent of absolutism, he revered a romantic ideal of kingship as represented by the French Sun King Louis XIV. After the restriction of Bavarias sovereignty in 1870 , Ludwig retreated.

More and more from the political arena and devoted his energies instead to music and art. Richard Wagner s Lohengrin was the first opera Ludwig ever attended and it would have a permanent. Influence on his aesthetic ideals. Perhaps recognising a vision of himself in this romantic tale of the noble Swan Knight, he took the swan as his royal emblem. Believing Wagner to be a kindred spirit in artistic sensibilities, he invited the composer to his court just a few weeks after his coronation.

The swan, symbolically elevated by the Lohengrin. Saga and later immortalised as a design motif throughout Ludwigs castles, inspired the design of the champagne-tone gold coated clip a swans neck ending in a swans head decorated with two rubies as the eyes. In a further reference to the saga of the Swan Knight, the Au 750 champagne-tone gold cap ring is engraved with WWV 75 - the code assigned to the opera Lohengrin in the catalogue of Wagners works. Also called the Fairy-Tale King and the Swan King, he exercited his penchant for elaborate castles by building three architectural masterpieces: Linderhof, Herrenchiemsee and Neuschwanstein, the fanciful vision of a medieval fortress.

Alongside his love for music and theatre, Ludwig developed a keen interest in architecture. He strove to revive the glory and grandeur of the baroque and rococo styles in his Herrenchiemsee and Linderhof palaces, the latter his favourite, but the ultimate expression of his architectural dreams was Neuschwanstein. Standing majestically at the pinnacle of a sheer cliff face in southern Bavaria near Füssen, this fanciful vision of a medieval fortress seems to bring to life the mythical world of the Swan Knight. The opulent magnificence radiated by perhaps the worlds. Most famous and one of Europes most visited castles in a class of its own.

Placing great emphasis on exquisite workmanship, Ludwig II hired the best craftsman from alla over the German Empire to create his masterpiece and he personally oversaw every detail of furnishings. As an homage to the world-famous fairy-tale castle and its architect, the Au 750 champagne-tone-gold cone set with rubies in engraved with insignia from morarchs royal coat of arms.

The highlight of the barrel is a swan made of real miniature feathers, protected under sapphire glass and embedded in an artful guilloche. Technology pioneer in a world of fantasy. Though Ludwig II may be said to have lived in a world of historical fantasy and myth, he was also a major supporter of technological advancement. He installed telephone systems in his castles and designed mechanical tables that could be elevated out of the floor. By founding the Technical University of Munich, he aided the progress of the nation and helped shape its technological future.

It was his greatest dream (tough he never achieved it) to float over the Alpsee lake to Hohenshwangau Castle in a golden, peacock-shaped gondola hanging from a gas balloon. Reminiscent of King Ludwigs bold dream of flight, the fine engraving on the Au 750 champagne-tone gold nib shows a model of the royal peacock carriage. The royal coat of arms. No Bavarian monarch is more famous and worldwide popular than Ludwig. And no royal coat of arms is more resplendent on Bavarias most famous castles than that of the Fairy-Tale King. It shows a magnificent golden lian standing on its hind legs with a crown on its head, presenting the royal seal of the House of Wittelsbach. This insignia of royal power decorates the cap as a hand-engraved intarsia made of Au 750 champagne-tone gold over a wave-shaped guilloche, refined with white lacquer. The famous quote from King Ludwig II is immortalised on the cap ring: It is necessary to create paradises.

Champagne-tone gold-coated clip symbolises a swans neck ending in a swans head decorated with two rubies as the eyes. Fine engraving on Au 750 gold nib shows a model of the royal peacock carriage. Au 750 champagne-tone gold cap ring engraved with WWV 75 the code assigned to the opera Lohengrin in the cataloge of Wagners works. Quote from King Ludwig II. Engraved on cap ring: Es ist notwendig, sich Paradiese zu schaffen (It is essential to create paradises). Swan made of miniature feather work by Emilie Moutard Martin (master of plumasserie), protected under sapphire glass. Au 750 champagne-tone gold cone set with rubies engraved with insigna from royal coat of arms. The shape of the cone is inspired by one of the castles towers.

Limited to 40 pieces worldwide as a reference to the age of Ludwig II When he passed away. The concerned pen has never been used nor inked.

It comes in mint condition together with all original packaging, boxes and papers (duly stamped). The Ludwig II specific VIP coffee table book is included. We use only high quality materials such as double wall cardboard boxes, extra large buble wrap, polypropylene packaging tape, pvc pipe with high resistance. The attached photographs are to be considered part of the description.

We are at your disposal for any further information. We usually reply messages within the same day, but please allow do bear in mind that our time zone differences might cause a slight delay. The item "MONTBLANC Patron of Art Homage to Ludwig II Artisan Limited Edition 40 118010" is in sale since Sunday, May 17, 2020. This item is in the category "Collectibles\Pens & Writing Instruments\Pens\Fountain Pens\Montblanc".

The seller is "erfobay" and is located in Paris. This item can be shipped worldwide.